Free Range Conversations with American Farmland Trust is your chance to speak directly with AFT experts and have your questions answered live. During these livestreams, we delve into some of the most important issues facing farmers and ranchers.

Join us Thursday, January 21 at 12 p.m. ET / 9 a.m. PT for a LIVE conversation with our federal policy team. We’ll talk about what to expect from the Biden administration and new Congress. You can view and participate in the conversation on the social media platform of your choice below. 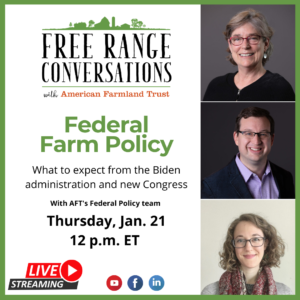 AFT's Women for the Land team members Dr. Gabrielle Roesch-McNally and Caitlin Joseph talk about land, power, inclusion, resilience, and what's next for women in agriculture.

AFT's president John Piotti discusses the challenges facing producers in the U.S. and how AFT is responding to them.

Join us for FREE screenings of films about farmers and food. Each film will be followed by a Q&A session AFT and people associated with the film. 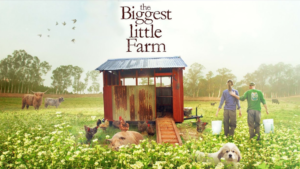 Followed by Q&A with Molly and John Chester (the farmers), moderated by John Piotti with a focus on what’s been happening on the farm since the making of the film. 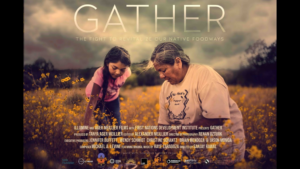 Followed by Q&A with director Sanjay Rawal and a discussion on BIPOC farming issues, including representatives and contacts of the DEIJ Committee 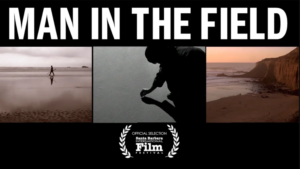 Followed by a Q & A with the filmmaker 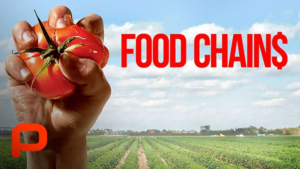 Followed by a Q&A with the director and farmworker leaders, and potentially producer Eva Longoria. 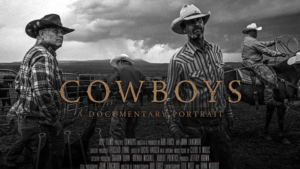 Followed by a Q&A with the director and producer.