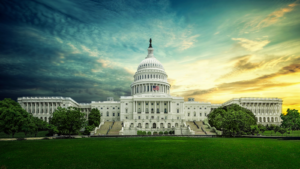 Black. Lives. Matter. Black Lives Matter. The statement is like an incantation, summoning all to internalize, mourn, and transform the brutal truth that in the United States, Black lives are being cut short at horrifically unequal proportions. There are many factors that contribute to this reality. Among them is a history of systematic land theft and removal that bears repeating.

Black, Indigenous, and farmers of color have been subject to discriminatory federal, state, and local policies and practices, from being denied land ownership in the early 19th and 20th centuries, to receiving fewer government loans compared to their white counterparts. Black farmers lost around ninety percent of their farmland in the last century; spanning only a few generations of families who saw their land-based wealth disappear. Economists estimate that Black families lost billions of dollars as a result which represents a core driver of poverty and disenfranchisement among Black Americans today.

We at American Farmland Trust are aware of the privileges that having land within a family provides to farmers and ranchers. Considering that around 98% of farmland is white-owned, we see the material inequity underpinning our landscape. Earlier this month, AFT released a statement that acknowledges the gross inequity of agricultural land ownership, first by acknowledging the history of dispossession, genocide, and slavery at the root of our current system. Reflecting on our history, we know that we need to continuously educate ourselves on how we can grow and evolve as an organization to work towards rectifying the disparities in land access and ownership faced by BIPOC producers.

As our organization grows its capacity and partnerships in the spirit of repair, we see opportunities to help support and influence policy changes at the state and federal level to address how our current structures continue to uphold the legacy of systemic racism in our food and farm systems. Below are samples of policies and programs that are being introduced and advanced in some of the places that AFT works. We are actively working to find our place in support of these efforts, in some cases as part of a broad coalition advancing them, and in others from a standpoint of learning from and sharing our expertise with the leading advocates in instances where we can help ensure their efficacy.

In 2020, Senators Cory Booker, Elizabeth Warren, and Kirsten Gillibrand introduced the Justice for Black Farmers Act which underscored historic discrimination and aims to provide training for aspiring Black farmers, support for historically Black colleges and universities, and reforms to USDA’s civil rights process. Furthermore, the legislation proposes for the US government to purchase land which would be placed under an agricultural conservation easement and granted to Black farmers. A December 2020 COVID relief package provided additional funding to support farmers of color through the Outreach and Assistance for Socially Disadvantaged and Veteran Farmers and Ranchers Program (2501 Program), and the Heirs’ Property Relending Program. The latter program was created by the 2018 Farm Bill to help heirs’ property owners to resolve their titles.

The 2021 administrative transition brought greater focus on socially disadvantaged farmers. President Biden signed an Executive Order calling upon all departments, including USDA, to conduct an equity assessment and evaluate opportunities to increase engagement with underserved communities. In the House, Representative David Scott became the first Black individual to serve as chair of the Agriculture Committee. In the Senate, three new members of color were added to the Agriculture Committee: Senators Cory Booker, Ben Ray Luján, and Raphael Warnock. Senator Warnock made an immediate impact, introducing the Emergency Relief for Farmers of Color Act, which proposes to forgive roughly $4 billion in USDA Farm Service Agency loans and USDA guaranteed loans for socially disadvantaged farmers and provides farmers of color with $1 billion for a range of support, including scholarships, legal aid, technical assistance, and more. This legislation has been adapted for inclusion within the next relief package by the House Agriculture Committee expected to pass the chamber later in February.

In 2017, The California Farmer Justice Collaborative led passage of the Farmer Equity Act, which directed the California Department of Food and Agriculture to acknowledge racism in agriculture and take steps to address it across the department. Since then, a Farmer Equity Advisor has been hired at CDFA, driving increased input and consultation with farmers of color and grassroots service providers, including on how it creates new rules, governance, and grant programs. New initiatives building on this include Assembly Bill 838, which passed in 2020 and aims to establish the Farmer Equity and Innovation Center within the University of California to provide training and technical assistance for small and mid-sized farmers, with priority given to socially disadvantaged farmers and ranchers. Related to land access, Assembly Bill 986 attempted to create a fund dedicated to protecting agricultural lands and making them available to socially disadvantaged farmers and ranchers. That bill died in the 2019 legislative session but may have another life in the 2021 session as Assembly Bill 352, which is proposing to prioritize at least 25% of funding to socially disadvantaged farmers and ranchers.

The Illinois General Assembly passed the Farmer Equity Act, sponsored by Rep. Sonya Harper, chair of the House Agriculture and Conservation Committee, as an amendment to Senate Bill 1792 in early January as one piece of a larger package of bills focused on racial equity that was a top priority for the Illinois Legislative Black Caucus. It directs the Illinois Department of Agriculture to conduct a study comparing economic, land ownership, education, and other related differences between African American and white farmers, as well as other socially disadvantaged groups. The study is also directed to identify how these barriers affect access to land and resources for young or beginning farmers. Funding for the study needs to be secured in the current 2021 legislative session.

The Connecticut Department of Agriculture will be announcing the formation and convening of a Diversity, Equity, and Inclusion Working Group that will include external and internal partners in the upcoming weeks. The working group will identify how the agency can support BIPOC producers and service providers in the state. More details about this initiative will be forthcoming.

State Representative Brian Cina from Burlington introduced the BIPOC-led Land Access and Opportunity Act. If passed, H.273  will establish a Land Access and Opportunity Fund of $10 million. The legislation also creates an independent board that will direct investment of the fund into grants for individual and collective land access and property ownership, financial education, and anti-racist mutual aid. A new coalition called Seeding Power Vermont worked with Representative Cina to introduce this legislation.

Senator Jo Comerford from the Hampshire, Franklin and Worcester district and Representative Natalie Blais from the first Franklin district introduced Senate Docket 1036  – An Act Promoting Equity in Agriculture and House Docket 1661 – An Act Promoting Equity in Agriculture that will establish a commission on agricultural equity. The commission will be charged with drafting recommendations to Massachusetts Department Agricultural Resources to more equitably serve socially disadvantaged farmers in the grant making processes; data collection and dissemination; and policy setting in the commonwealth. Massachusetts Food Systems Collaborative worked with Senator Comerford to introduce this legislation.

In Washington State, Representative Melanie Morgan is the prime sponsor on House Bill 1395, titled “Equity in Farming,” which directs the WA State Department of Agriculture (WSDA) to ensure the inclusion of “historically underrepresented” groups in the development and implementation of all agricultural policies and programs. Further, the bill requires WSDA to evaluate representation on state agricultural commissions, analyze financial barriers to land access, and increase agricultural education for youth in historically underrepresented groups. As of this writing, the bill has successfully passed out of the House Agriculture Committee.

While these represent only a fraction of what is happening, and what is needed, to address and repair the unjust roots of our agricultural and food systems, they are promising tactics on the path. AFT looks forward to continuing to learn from our partners who are at the helm of these efforts, and to collaboratively support the vision of a just, viable, and accessible future for all in agriculture.