California Budget Shows Commitments to Climate and Water, But Funding a Concern 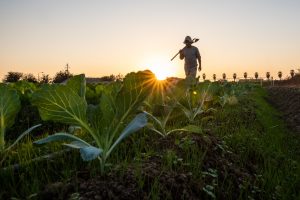 Sacramento was all ears on the highly anticipated January budget release for 2020-2021 by Governor Newsom on Jan. 10, 2020. What emerged from the Administration was a clear goal to focus on investments in climate and water resilience programs. This is great news for American Farmland Trust and its continued climate resiliency work on behalf of farmers and ranchers across California.

The Administration is approaching more robust climate investments by limiting General Fund monies. Instead it is directing funding investments to be seeded through the Administration’s sponsored bond, which if approved by voters in November 2020, will provide:

Unfortunately, unlike other bond measures floated in the state legislature last year, it is unclear who will sponsor this bill and how it will succeed given the other bonds and funding priorities.

Also announced by the Administration was the Climate Catalyst Revolving Loan Fund to promote the deployment of new technologies by small and emerging businesses.

Specifically, $250 million in General Fund monies for the Climate Catalyst Revolving Loan Fund is proposed in year one, ramping up to $1 billion over the next four years.

AFT salutes the governor’s attention to climate-smart agriculture. These types of investments are among the state’s best chance of meeting its ambitious climate neutrality goals by 2045 and its Greenhouse Reduction Goals by 2050.

Unfortunately, the climate-smart agricultural programs in his budget were underwhelming at best and there are clearly shortfalls. For example, in the governor’s budget, limited program funding was included from the Greenhouse Gas Reduction Fund for Healthy Soils, Dairy Methane, and State Water Efficiency and Enhancement Program, or SWEEP.

The proposed Climate Catalyst bond recognizes the need to make investments in water. It includes a proposal that marks an investment of 62% of the total $4.75 billion in bond funds to meet recommendations made in the state’s Draft Water Resilience Portfolio.

Other notable water investment in the governor’s budget release include reinstating $20 million in onetime General Fund monies for SWEEP. This program was eliminated in FY 2019-2020. However, the Administration intends for these program dollars to be specifically targeted only to areas under high overdraft scenarios and ground water basins that are stressed as defined by the Sustainable Groundwater Management Act, or SGMA.

Apart from the proposed climate resilience bond investments, the Administration is also committing $60 million in onetime General Fund monies, which will include funding for land use planning purposes for local governments to support local communities’ transition to sustainable groundwater as required by SGMA.

In the coming months, AFT commits to working with the Administration, the state Legislature and its coalition partners in creating more stable and enduring funding for these climate investments.

AFT is building upon its efforts over the past year to ensure stable and secure funding for climate-smart agriculture programs. It will continue to track development of these funding proposals through June when the budget will be adopted by the governor.

AFT recognizes that California farmers and ranchers are an important part of the solution to mitigate climate change. Investments that incentivize climate-smart agricultural practices and water resilience for farmland and ranchland are needed now more than ever. Stay tuned for more news!