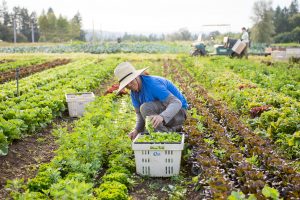 Last night, Senate Republicans unveiled the $1 trillion “Health, Economic Assistance, Liability Protection, and Schools” or HEALS Act, their starting proposal for the next Coronavirus relief package. This comes four days before the expiration of most additional unemployment benefits on Friday, July 31. Senate Republicans have spent the last few weeks seeking internal alignment on a proposal, and negotiating directly with the Administration, which now backs the proposal.

Note that as of July 27, USDA’s Coronavirus Food Assistance Program (CFAP) had expended $6.5 billion, less than half of the $16 billion authorized for the program within the CARES Act passed in March. Additionally, the enrollment period for CFAP is scheduled to end in exactly one month, on August 28.

While earlier relief packages, including March’s $2.2 trillion CARES Act, passed Congress with large bipartisan support, the two chambers and parties are now divided. The House has already passed two large relief packages, including the $3 trillion HEROES Act on May 15, and the $1.5 trillion infrastructure package on July 1, neither of which were taken up by the Senate. Democrats have already called HEALS a “non-starter,” with the only point of agreement being the second round of stimulus checks. The Senate is scheduled to go on recess at the end of next week and the House is scheduled to leave on Friday. However, this schedule is subject to change if no deal is reached.