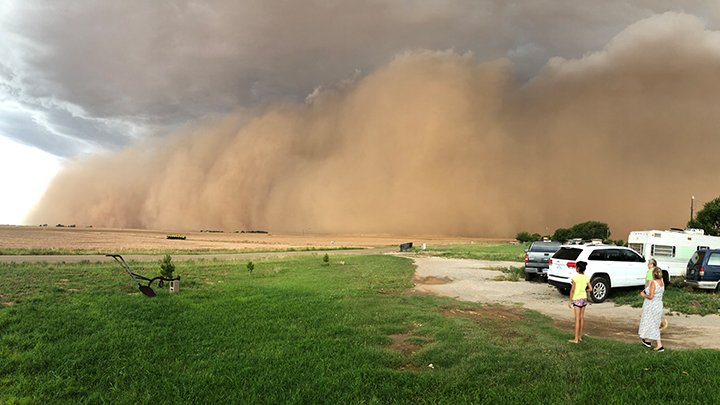 Yesterday in Lubbock, Texas, a wall of “dust” hit the city during the evening rush hour. The video shared on the local news and on social media was stunning. It was a scene straight out of the Dust Bowl of the early 1900s.

What’s the harm in a little dirt? Let me explain.

That dust is/was the soil that grows our food, filters our water, and stores carbon and nutrients, removing it from the air to help mitigate climate change. That dust is really our soils eroding before our very eyes.

I lived in Lubbock during the drought of 2011.

During this drought, Lubbock endured its driest and hottest year of only 5.86 inches of rain accompanied by over 100 days of 90-degree temperatures. Additionally, Lubbock suffered from 72 consecutive days of no precipitation, achieving number eight on the top dry periods in Lubbock.

When most people think of history of droughts in the Plains, they tend to think of the Dust Bowl era in the 1930s. However, statistical data uncovers that modern days have experienced more severe droughts than the earlier 1900s, resulting in the modern-day haboob in place of the dust bowl.

And, Lubbock is not the only place this is happening. It happened recently in Illinois, one of the most fertile regions of American. The soil was just blowing away. Just take a look at the photo to the right.

This should not be tolerated. There is no need for this to happen. When this land was first discovered, it was described as a “sea of grasses” — now it is a sea of dust.

The good news is that there are solutions. American Farmland Trust’s “Farmers Combat Climate Change” initiative is helping farmers improve soil health to help reverse climate change and improve resiliency to events such as recent floods.

The time to act is now. Failing to apply measures to prevent loss of soil threatens our food security, farm viability, and water and air quality that we all depend upon.