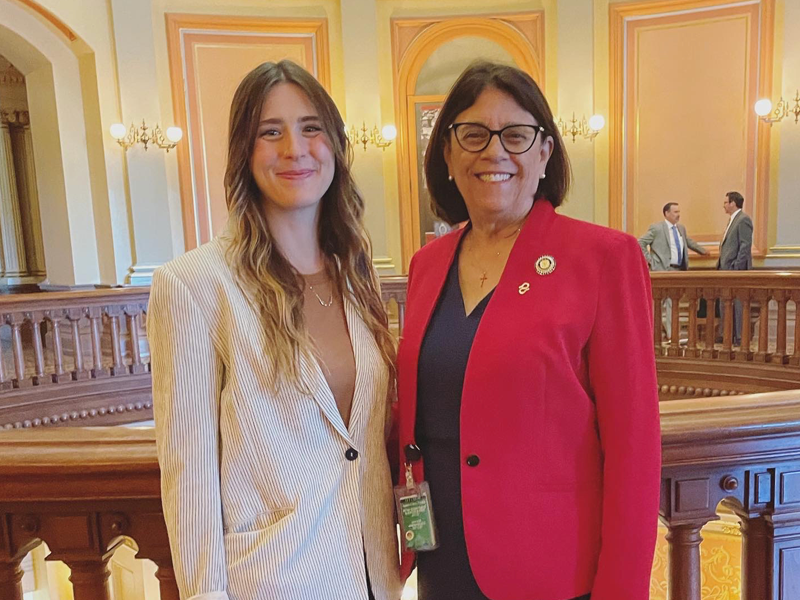 Women’s History Month this year is particularly exciting for AFT. Our national Women for the Land and California Policy teams collaboratively championed the nation’s first Women in Agriculture Resolution, which was passed unanimously with the sponsorship of California Assemblymember Cecilia Aguiar-Curry on March 24th, 2022 . With the support of 70 co-authors in the California state legislature and over seven of AFT’s partner organizations, this represents a historic step towards helping women, a growing share of California’s agricultural workforce, equitably access resources, networks, and leadership opportunities to ensure California agriculture thrives in the future. The resolution recognizes the value of all women’s contributions to agriculture and resolves to help realize their success as leaders on the land.

Read the full text of the resolution here – https://legiscan.com/CA/text/ACR158/2021

Though a trailblazing effort in the United States, the resolution is modeled on similar efforts passed by the European Parliament in 2011, the UN in 2014, and in India in 2021. In the U.S., the closest such effort at the federal level was in 1984, when congress passed a resolution to declare the week of November 11 – 17 1984 as “Women in Agriculture Week.” Clearly there is room for the federal government in the U.S. to take more meaningful action to recognize the diversity of women in agriculture and support their success. With California’s resolution as a first step in this direction, we are excited by the prospect of supporting similar efforts in other states, as well as within AFT’s Farm Bill Reauthorization Advocacy work as it relates to women’s access to conservation resources and secure land tenure.

As part of the celebration around this effort, we’re featuring portraits, illustrated by Madeleine Traynor, of some of the amazing women we work with across California whose stories represent some of the diversity of women’s experiences in agriculture across the state. Particularly, a few of our most dedicated women farmers and land stewards shared their thoughts on the future of women leading in agriculture and what excites them about this resolution.

Kelsey Karol, Outlaw Valley Ranch, San Luis Obispo County
We met Kelsey Karol during our first virtual Learning Circle during the COVID-19 lockdown when everyone was still adjusting to this new reality. The conversation that day was focused on climate stressors and solutions, and as she shared with our team during a later interview on her farm, these issues have hit close to home, prompting a move for their ranch and adjustments to their business and land management systems. Learn more about Kelsey and her Women for the Land ranch in her full story. 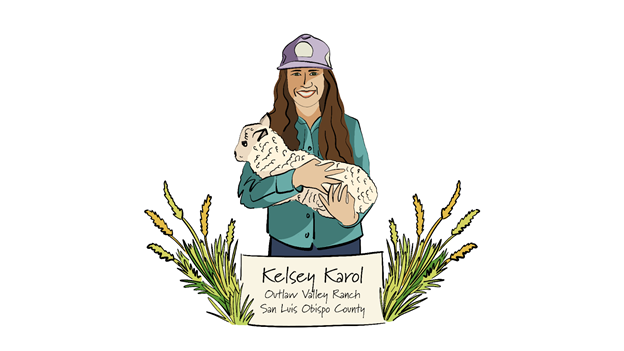 “When men went off the farm to the workplace and women stayed home, that’s when there was a separation between men and women’s roles. But many indigenous societies are dominated by women, and many rural homesteads were partnerships. Women in agriculture have always been super important, I think we’re just not represented as much as we should be.”

Meagen Baldy, Tribal Producer & Klamath Trinity RCD Director, Hoopa, CA
Meagen Baldy is a consultant for AFT’s Women for the Land programming in CA, supporting our team with piloting peer-to-peer Learning Circles in her tribal community of Hoopa, CA. She runs the state’s only Indigenous-led Resource Conservation District, advocates for Tribal producers on countless advisory boards, coordinates her community’s school garden and cooking classes, and is a mother of seven. She is a powerhouse, and we are so lucky to have her on our team in the coming years! Learn more about Meagen and her family’s work on food sovereignty in Hoopa in this video: https://youtu.be/XxF2-Pdb75c 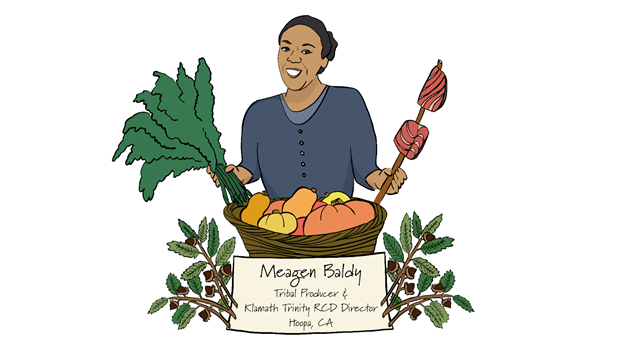 “Our tribe had relatively recent contact with settlers. . .Becoming farmers was an act of assimilation, but at least we were producing our own food. At that time, people could still hear the women pounding acorns all morning, which was part of their sacred role. . . My hope for the future of indigenous women in agriculture is that we look back to the past; bring back our traditional values and connection to food. When I go to open a pack of deer we processed or salmon we canned ourselves, I see my husband and my son going out to get that food and us working together to preserve it. I know who got that food. At the grocery store you don’t have that connection.”

Jean Okuye, Okuye Farm, Merced County
Jean Okuye owns an almond orchard in Merced County, CA, and is a long-time advocate of conservation and farmland protection, particularly as one of the partners on our California regional team’s San Joaquin Land and Water Strategy currently underway. Hear more from Jean in this Women for the Land interview we did with her in 2020. 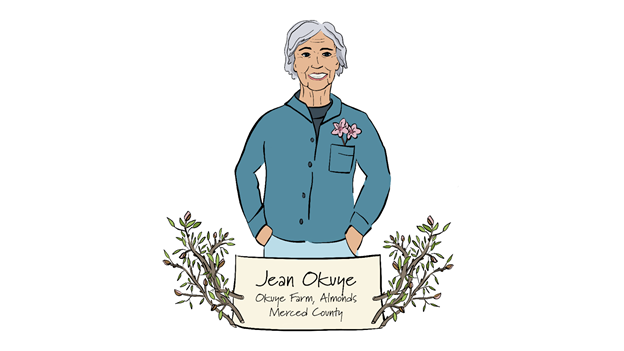 “I joined the Farm Bureau, and in 95 years they had never had a woman president, but I became President of the Farm Bureau here in Merced County, and I was the only women on the board. We have 27 members now but still only two women. We have to get more women on these boards. . . It’s so important that we work together, educate, and support each other.”

Susie Calhoun, CWA – 3 Calhoun Sisters Ranch
Susie Calhoun has joined just about every Learning Circle we have hosted in California and has invited her sister to join a number of times. She is also active in California Women for Agriculture, a network of regional chapters that partners with local Farm Bureaus on issues relevant to agriculture in local and state policy. Her ranch has integrated many different conservation practices on their land, and she has been an important voice in our Learning Circles, helping encourage other women to see the Natural Resources Conservation Service as an accessible and critical support mechanism for their farms and ranches. 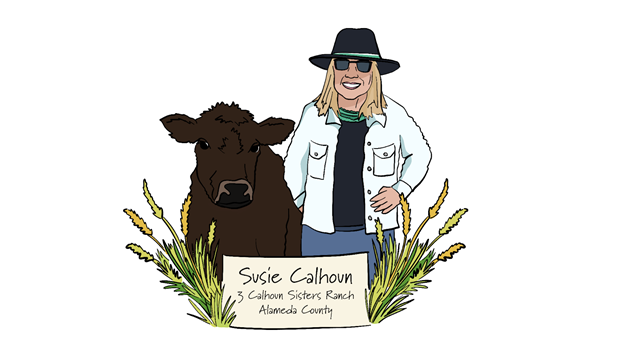 “What excites me about the California Women in Agriculture Resolution is the recognition that there is a need for equitable access, that women are allies in conservation, climate smart agriculture and farmland protection. There are specific needs for the changing landscape of agriculture and women are at the forefront of this change.”

Of course, these are just a snapshot of the Women for the Land whose stories we’ve captured across California and the nation. See more of those in our Stories from the Field YouTube series.

Show your support for the Women in Agriculture Resolution and see the comments from the more than 250 people who’ve signed on so far: https://farmland.salsalabs.org/womeninagresolution/index.html. To help us take this work to the next level in another region or at the federal level, donate to AFT!