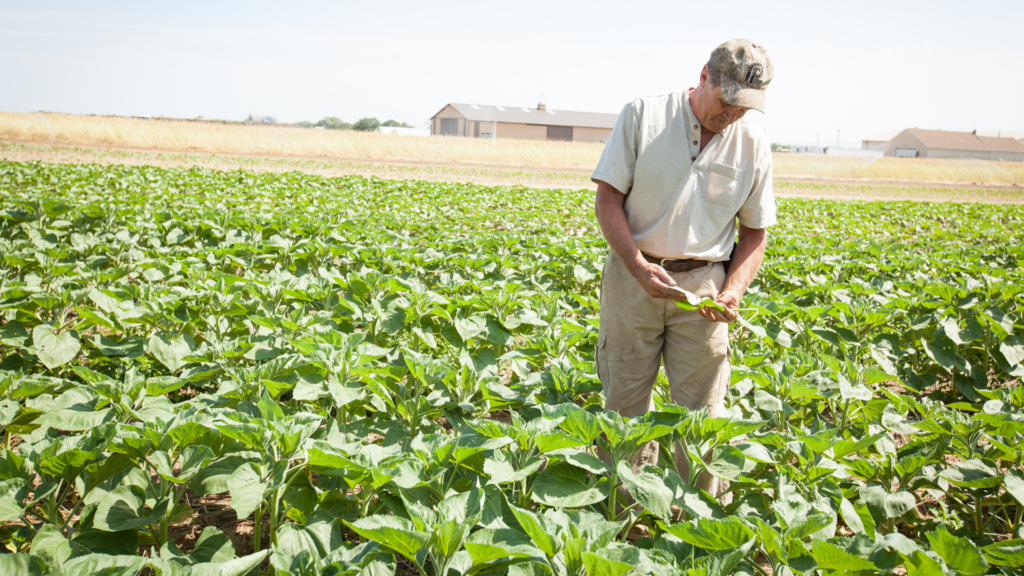 Since late last year, American Farmland Trust has worked with agricultural organizations and environmental organizations across New York to encourage the state to take action on climate change while recognizing the vital role the state’s farmers must play in helping to mitigate and adapt to a changing climate.

We’re happy to report that all this hard work has paid off!

In the final days of session, The Climate Leadership and Community Protection Act (S6599/A8429) passed the state senate. On July 18, 2019, Governor Cuomo signed the CLCPA into law during a special announcement with former Vice President Al Gore, state lawmakers and environmental advocates, including American Farmland Trust.

New York’s climate program will be the strongest in the United States, requiring net-zero greenhouse gas emissions by 2050 and aggressive renewable energy targets of 70% by 2030 and 100% by 2040 to power the electric grid.

Farmers are on the front lines of climate change, not only in bearing the brunt of its damage but also in being a potential key part of the solution. Farmers can contribute to climate change mitigation by adopting practices that help sequester carbon from the atmosphere back into our soils, by reducing on-farm GHG emissions, by siting renewable energy on their farms while protecting productive soils, and by permanently protecting farmland.

With this legislation, New York has taken a leadership role in combating climate change not only by codifying aggressive GHG emissions reductions targets into law, but also by setting a framework within which farms could be a part of the solution. An agriculture advisory panel will be created by this legislation to help inform implementation, which sets the stage for greater support for farm resilience while helping farmers further mitigate climate change by not only reducing GHG emissions but also by sequestering carbon.

Under this new law, New York will need to achieve 85% economy-wide GHG emissions reduction by 2050 with the remaining 15% coming from offset projects provided that the benefits are local, permanent, measurable, and additional. This could include:

Our soils, when well managed, can sequester carbon from the atmosphere, while at the same time increasing on-farm productivity and resiliency to extreme weather, and improving surrounding water quality by reducing run-off. In an article published by Science Advances last year, it was estimated that nationally our natural and working lands could sequester 21% of GHG emissions if properly managed and that strategies like planting cover crops represent our least-cost, near-term opportunities for doing so. If this legislation increases the adoption of practices and systems on farms that will improve resilience and soil health while reducing runoff and erosion, then New York will be a pioneer for our farms’ as-of-yet untapped potential to be a key part of the climate solution.

American Farmland Trust greatly appreciates Governor Cuomo and leaders in the New York State Assembly and Senate for taking such bold action on climate change at this critical moment, and for including an important role for farming as part of the state’s climate solution.