Making Space for People and Plants at Rise & Root Farm

“We’re so blessed to have each other as farm partners,” says Michaela Hayes-Hodge, one of four owners of Rise & Root Farm in Chester, New York, which grows vegetables, herbs, flowers, and plant seedlings for local and New York City markets.

Run cooperatively by four intergenerational, multi-racial, and LGBTQ+ women, the farm’s mission is rooted in social justice and the healing power of food.

Each partner in the collaborative farm operation charted their own pathway to farming, in some cases winding down a traditional 9-5 career. Together, they found five acres to farm at the Chester Agricultural Center, home to several farming enterprises an hour’s drive from New York City. 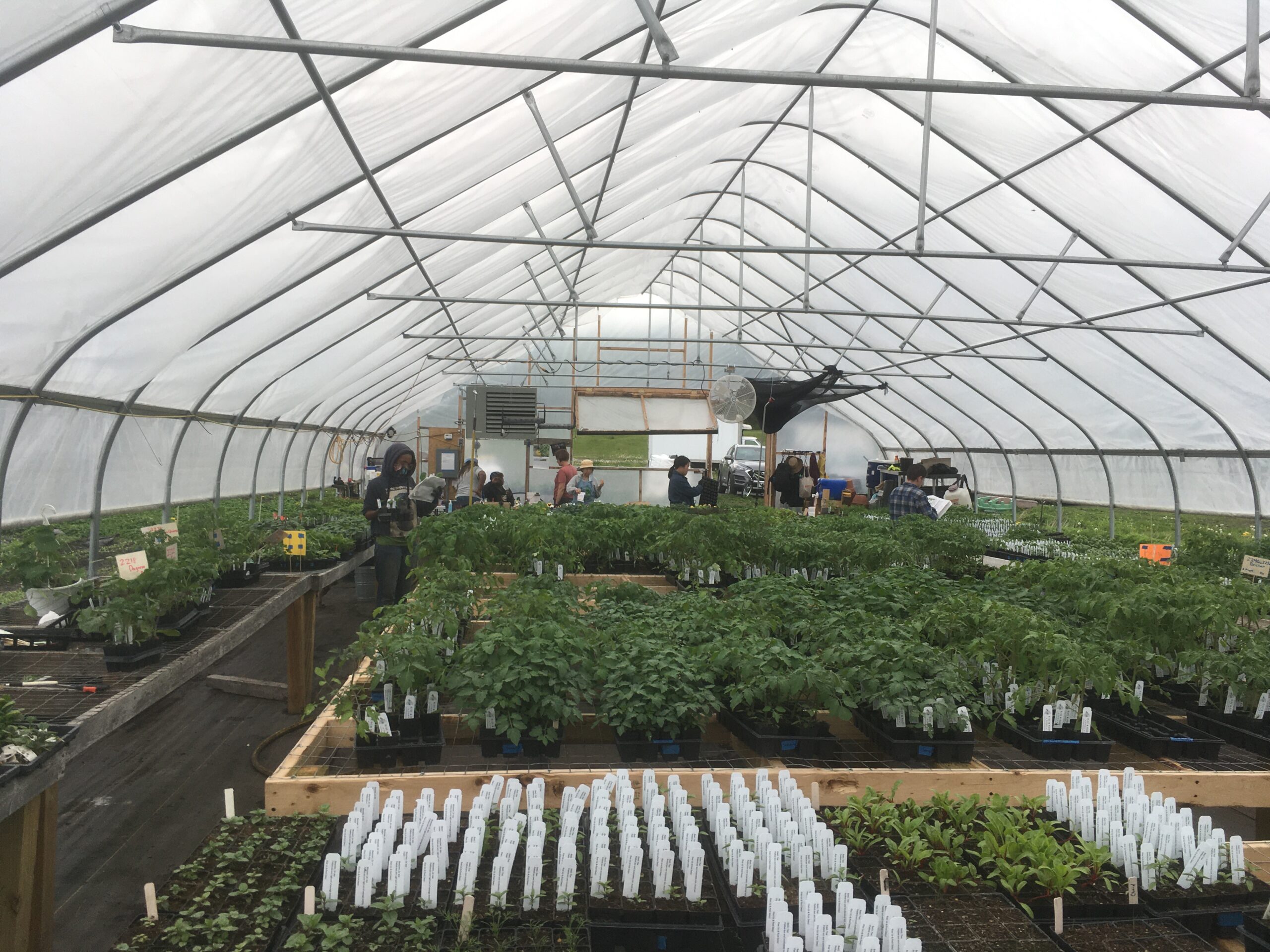 “It was such a year of increased food insecurity that it became even more important to find ways to help our communities have more food security—and growing your own food is definitely one of those ways,” says Michaela, who previously worked as a professionally trained chef and ran Crock & Jar, a business specializing in pickled and preserved foods.

Rise & Root Farm used their Brighter Future Fund grant to upgrade their operation to include a greenhouse with water, electricity, and heat. American Farmland Trust, with support from Tillamook Creamery, launched the Brighter Future Fund to help farmers in the face of pressing challenges like climate change and COVID-19.

“It has been such a game changer for this season to not have to worry about the plants freezing overnight and to be able to water whenever we need to.”

The timing of the grant was especially critical because the farm needed to double their production in 2021 to meet the demand for plant starts for GreenThumb to distribute in the city. “It has been such a game changer for this season to not have to worry about the plants freezing overnight and to be able to water whenever we need to,” says Michaela.

The greenhouse electricity also allowed the team members to safely meet with each other in a ventilated space during the pandemic. Now the hub of the farm, “the greenhouse is a place where it is completely livable for us and the plants,” Michaela says.

Informed by farmers, built on experience, and inspired by you. AFT’s Brighter Future Fund carries forward AFT's commitment to addressing inequalities in our agricultural system by providing grants up to $5,000 to BIPOC, LGBTQ+, and/or women farmers nationwide. Help us support another round of inspiring farmers by donating to the fund today! 100% of all funds raised will go directly to farmers to strengthen farm resilience, enhance farm viability, and improve access to land.