A Young Urban Farmer Speaks Out in California 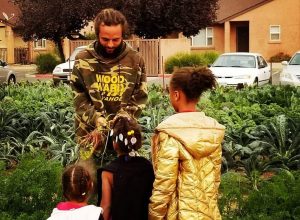 In a half-acre city lot in West Sacramento, you’ll find heirloom tomatoes growing among sweet corn, squash, beans, and herbs of all types. We Grow Urban Farm sits across the street from an elementary school and grows 90 different varieties of seasonal produce for residents of the low-income neighborhood in Broderick, as well as farmers markets, meal prep services, and local restaurants.

Since 2018, the small farm has become a cornerstone of the community, and the young owner is committed to farming. Farmer Nelson Hawkins is exactly the type that American Farmland Trust wants to support with its Underserved Farmer Outreach Program, which is funded by a grant from the California Department of Food and Agriculture.

“Maybe they are young farmers with less experience,” says Kara Heckert, AFT’s California regional director. “Or, perhaps they are farmers who are veterans, women, or urban farmers. Often, English isn’t their first language, or they are socially and economically disadvantaged in some way. Whatever the situation, AFT is committed to empowering these underrepresented farmers in adopting best management practices for soil and water resources.” 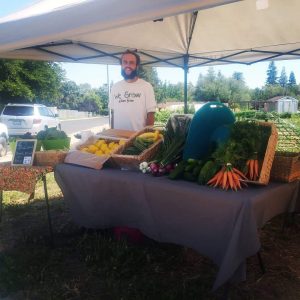 To support these underserved farmers, AFT is conducting 12 workshops across five major agricultural regions in California, with three workshops already completed. Along with Sacramento Valley, the regions include the Central Coast, North San Joaquin Valley, Tulare Basin, and Southern California.

Recently, AFT sponsored a soil health workshop with Nelsons’ employer, Three Sisters Gardens, in West Sacramento. Nelson is farm manager and uses this day job to support his own fledgling farm. Three Sisters Gardens is an indigenous-led, non-profit organization, which operates four urban farms totaling about an acre for underserved communities. They offer a youth leadership program that mentors and empowers at-potential youth to learn about food production and healthy eating. Nelson was the keynote speaker at the soil health workshop, which was also supported by the Intertribal Agriculture Council with collaboration from UC Davis soil experts and graduates from its Sustainable Agriculture and Food Systems program.

“AFT is partnering with local growers and organizations to reach underserved farmers with region-specific knowledge that supports growing operations and overall productivity in a wildlife-friendly way,” says Kara. “The workshops cover best practices ranging from irrigation efficiency and nutrient management to composting and soil health techniques. By working with different regional growers and organizations, we can determine local priorities, solicit participants, and avoid duplicating existing programs.”

Nelson’s path reveals much about the challenges and hopes of many underserved farmers.

“Farming was the last thing I wanted to pursue originally,” says Nelson. “I didn’t come from a farming background. But after high school, my mom was diagnosed with breast cancer. I took a deeper look at how food was produced, and I learned about destructive growing practices that exist in some large monocultural plantings. I started studying ‘alternative’ agricultural practices that support sustainable, ecological, or regenerative types of food systems.”

“The first thing we need is more representation. We especially want to see successful young farmers doing it already. These provide an upward ladder for those who don’t know where to start.” – Nelson Hawkins

After community college, Nelson enrolled at University of California, Davis for a sustainable agriculture and food systems degree. To supplement his schooling and gain hands-on experience, he worked at organic, bio-diverse farms in the region. “I worked with fruit trees, vegetables, aquaponics, mushrooms, herbs, honeybees, chickens, and worms,” he adds. “My long-term goal was always to start my own farm.”

The aging population in California was a motivating factor to get into farming.

“The fact that the average California farmer is around 60 years old hasn’t really changed much in the last 10 years,” he says. “That’s what surprised me. Who will fill the void and continue the state’s rich legacy of agricultural heritage? There is obviously going to be a big need for farmers in future decades. I saw the possibilities and realized my call to action.” 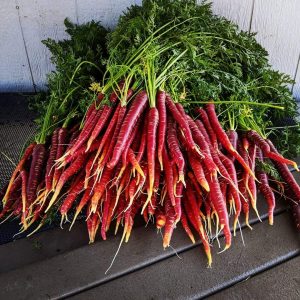 Despite his determination, Nelson understands the difficulties of farming, especially for young growers.

“The lack of farmland affordability and access are large barriers for many new farmers,” he says. “If we’re leasing land, then we are vulnerable to changes in the leases long-term. Or, the owner might want to develop the land and stop using it for farming. The common denominator is always land and ownership of land.”

Nelson is enrolled in the Center for Land Based Learning’s West Sacramento Urban Farm program, which converts vacant lots in West Sacramento into Urban Farm Business Incubators. The program also provides land, tools, infrastructure, and mentorship to small scale farmers for up to five years. Nelson is leasing his farm acreage through the program.

Three Sisters Gardens also is a part of the CLBL Farm Business Incubator for two of its four farm sites; the original farm site is a guerrilla garden; and the fourth site is breaking ground later this year with the International Rescue Committee. “Three Sisters Gardens and We Grow Urban Farm work collaboratively to strengthen our ability to increase food security for local communities and ensure our shared success,” adds Nelson.

To get We Grow started, Nelson launched a Kickstarter campaign. “We crowdfunded around $2,000 and I took some of my paycheck from working at other farms to cover that first season,” he remembers. “This year, we are covering our basic costs with farm stand sales, CSA memberships, and restaurant clients. We are heading towards paying labor costs, too. My job at Three Sisters Gardens allows me to make a living for my family and still grow my own farm, while mentoring and empowering local youth.”

Another barrier is a lack of access to technical support, which is why AFT’s workshops are directed towards these underserved farmers.

“It’s important for farmers to have the technical know-how to be successful and sustainable in the long-term,” says Nelson. “But most conferences are not affordable for beginning growers, and without scholarships, it would be cost prohibitive to attend.”

When asked how he’d like to see these farmers better served in California, Nelson says to give them a voice. 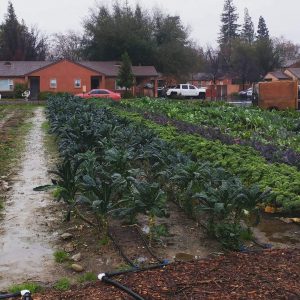 “The first thing we need is more representation,” he says. “We especially want to see successful young farmers doing it already. These provide an upward ladder for those who don’t know where to start.”

This is particularly true for farmers of color, according to Nelson, who has an African-American father and Caucasian mother.

“Visibility of farmers of color is very important,” he adds. “Most farmworkers in California are Latinos, while most owners of land and farm operations are white men. When it comes to equity and empowerment to pursue farming as a profession, there is a real disconnect. There aren’t images that support them becoming farmers themselves, or realistic pathways to get there.”

Among African-Americans, the historical trauma of slavery has led many to avoid farming. “That’s why we need to see successful Black farmers without that stigma as the focal point,” says Nelson. “Many sustainable agricultural practices derive from Africa, and Black farmers never received the proper recognition for introducing them to this country.”

More on Black farmers in this FoodTank interview with Karen Washington and Malik Yakini.

Looking ahead, Nelson is determined to beat the odds.

“Farming is a roller coaster sometimes,” he admits. “But what sustains my hope is being exposed to the possibilities of regenerative agricultural practices. I’m connecting with other urban farmers growing a lot of food in small spaces, using cover crops, composting, and healthy soil practices. Seeing these results first-hand and passing along this knowledge to others gives me hope. We are going to keep growing our farms, our communities, and our knowledge.”