My commitment to the farm to school movement grew out of a quarter acre of butternut squash planted on a small farm nestled in the beautiful Blue Ridge Mountains. The squash was served to students at the University of Virginia the week before Thanksgiving in 2017. I felt immensely satisfied watching my fellow students eat and enjoy the squash I had planted, tended, and harvested not only because I could personally vouch that it was both delicious and nutritious, but because that sale helped our farm buy supplies and pay interns. 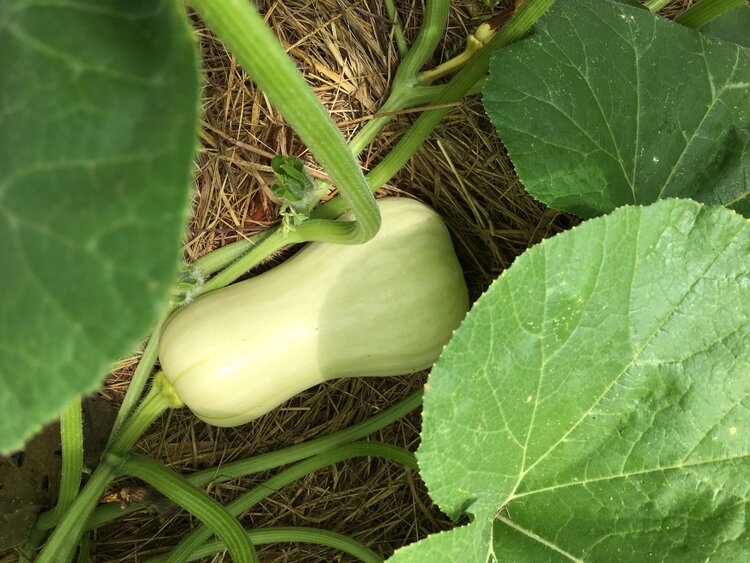 When institutions commit to purchasing food from local farmers, whether it’s a small amount of butternut squash in Virginia or bushels of apples in New York, they create new market opportunities and stable revenue streams for farmers. This summer AFT sought to learn more about local food purchases K-12 schools were making in response to the state’s Farm to School Incentive program, which motivates schools to serve more local food by reimbursing those that spend 30% of their lunch costs on New York grown food at a higher rate. In “Growing Resilience,” a new report from AFT, we found that this incentive is working – more schools are supporting local farmers and buying more New York grown food! In fact, 87% of New York K-12 schools reported buying more New York grown fruit than in previous years, 54% also reported buying more vegetables, and 51% reported buying more New York milk during a time when New York’s dairy farmers sorely need stable markets.

This is great news for New York’s farmers and kids! A recent Cornell study found that one additional farm to school purchase per week would increase annual revenue for New York vegetable farmers by $9.2 million, or by $5.3 million for New York fruit growers. At the same time, students receive nearly half of their daily calories at school, and farm to school programs are positioned to feed kids healthy, nutrient-dense foods, while also providing opportunities to try and learn about different local foods.

This year, 42% of schools reported buying more of these lightly processed products, up from 3% last year. These purchases also build stronger local and regional supply chains that enable other large institutional buyers, like hospitals and universities, to purchase and serve local food more easily. This increase in market demand spurs yet more entrepreneurship and investment in processing capabilities and transportation networks, in turn fostering the creation of a resilient, localized and sustainable food system.

AFT’s new report revealed that with the right support, 75% of schools surveyed expect to spend 30% or more of their lunch costs on New York grown food by 2025. If this holds true, over half of New York’s 1.7 million school children would have increased access to healthy locally grown food in their school cafeteria. As a result, schools would be spending over $250 million on items from New York farms and generating nearly $360 million in statewide economic impact, meaning farm to school programs in New York could offer a $3.50 return on investment for every taxpayer dollar spent. 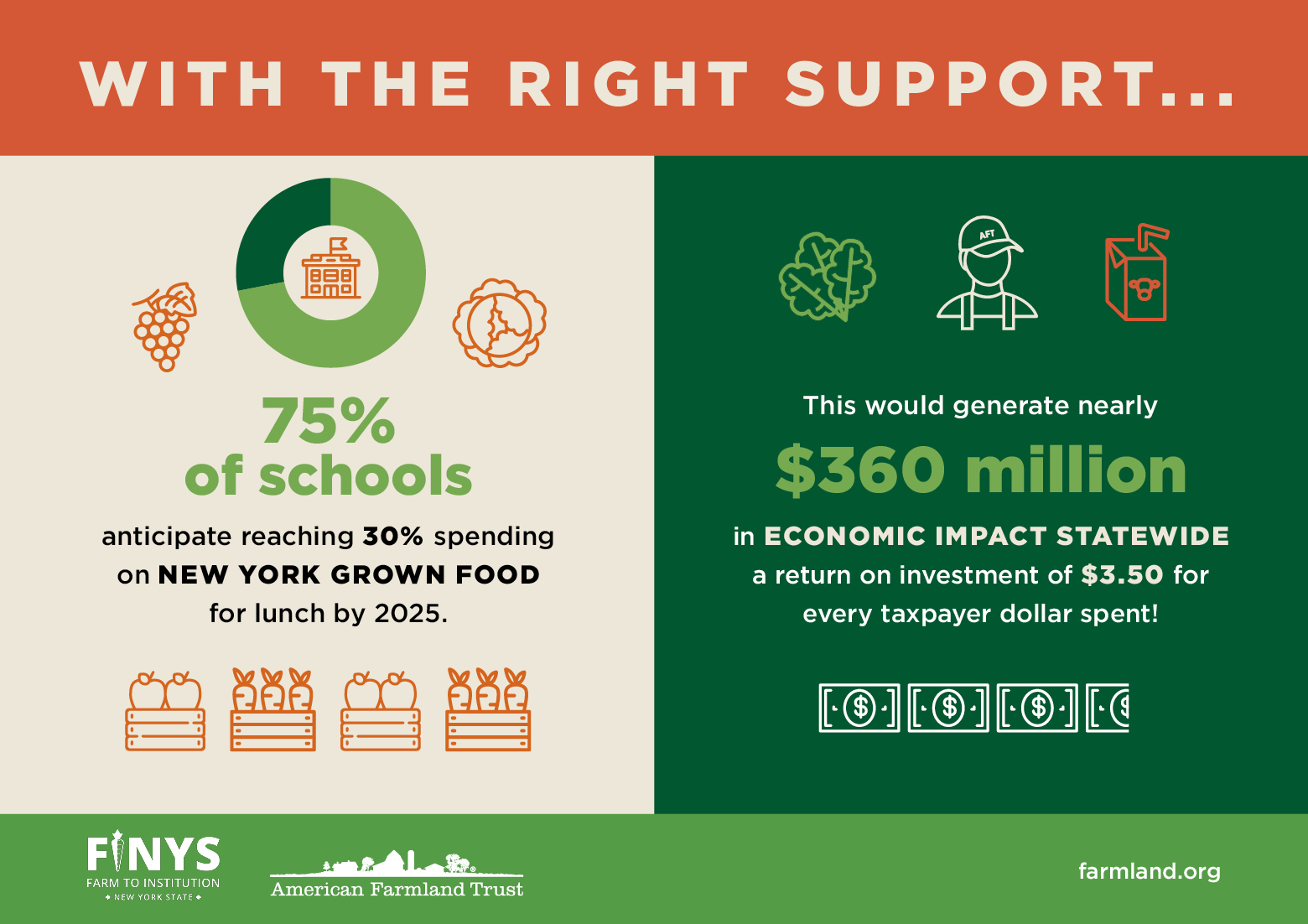 But we won’t get there without continued state support. The “Growing Resilience” report recommends six actions the state of New York can take in this year’s state budget, and in future years, to unlock the full impact of farm to school purchasing on our food system, the farm economy, and student health for years to come. These recommendations include expanding the program to include an incentive for New York foods served at breakfast, continued funding for the Farm to School grants program, supporting the establishing of a statewide Farm to School regional Coordinator program, and addressing other procurement, tracking, and supply chain issues.

Incentivizing schools to purchase and serve more New York grown food at lunch and breakfast could unlock an additional $78 million in annual school spending at New York farms and roughly half a billion dollars in statewide economic impact.  This increased spending would create new jobs, markets, and products, while supporting the health of New York’s schoolchildren and farm economy and building stronger local supply chains more resilient to disruption.

That single sale of butternut squash I mentioned earlier fed thousands of students a delicious and healthy meal and helped our small farm head into the next growing season with confidence and financial security. Imagine what thousands of those purchases occurring statewide and all year-long could do for New York’s farmers and schoolchildren! Investing in farm to school programs in this year’s New York state budget makes dollars and sense and is the kind of smart and effective win-win policy that we need in 2021.

3 Ways to Support Farm to School in New York:

The state budget is currently being negotiated and we need your support to keep farm to school programs going! Through Farm to Institution New York State, AFT and more than 70 organizations and stakeholders in the New York Grown Food for New York Kids Coalition are gearing up to advocate for these important programs for our state’s farmers and schoolchildren. You can help!