For Solar Energy to Succeed, it Needs to Co-Exist with Agriculture 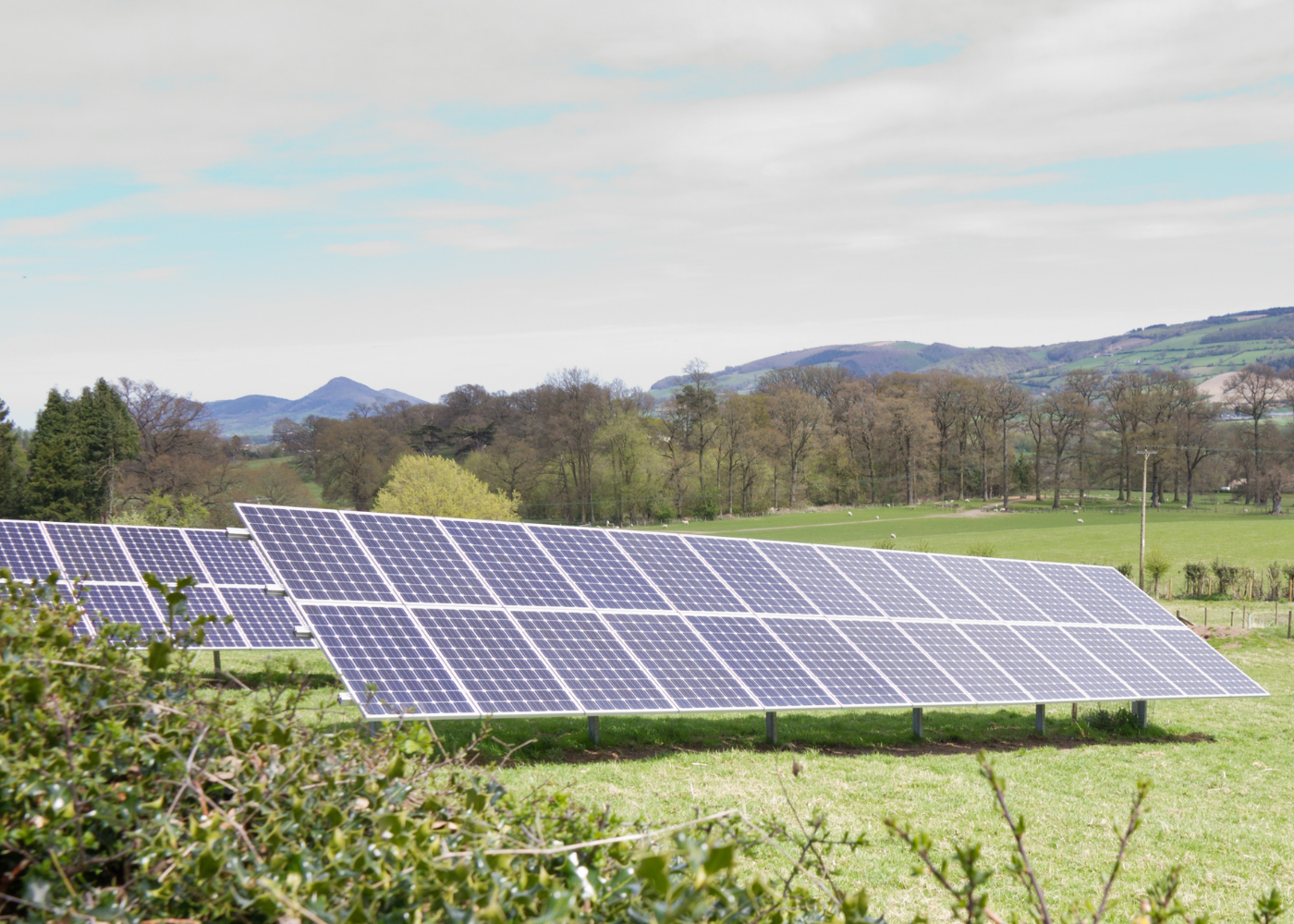 Agriculture solar energy is a necessary tool in the fight against climate change. Experts agree that sourcing more energy from cleaner sources, such as solar panels, will help mitigate some of climate change’s future impacts. For America’s farmers and ranchers, this means limiting the regular occurrence of catastrophic weather events—such as floods, droughts, and intense heat waves—that threaten land and livelihood, as well as slowing less obvious climactic shifts that affect crops and livestock. A new study in Nature Food shows that if we don’t stem climate change and its associated effects, we’ll see significant impacts to food production, and thus food security, much sooner than previously predicted.

Yet without a thoughtful approach to the physical deployment of solar energy, American agriculture could still suffer. The U.S. Department of Energy projects that 10.3 million acres of solar will be needed to decarbonize the nation’s electrical grid by mid-century, with 90 percent of the utility-scale solar capacity likely to be installed in rural communities. And given that solar developers often prefer flat, open, well-drained landscapes near existing electrical infrastructure for their arrays, some of America’s most productive, versatile, and climate-resilient farmland in these communities could be at risk. When combined with threats from sprawl and low-density development—which are highlighted in AFT’s Farms Under Threat report—the conversion of agricultural land for non-agricultural uses is a real concern.

The U.S. Department of Energy projects that 10.3 million acres of solar will be needed to decarbonize the nation’s electrical grid by mid-century, with 90 percent of the utility-scale solar capacity likely to be installed in rural communities.

AFT recognizes the potential tension between deploying massive ground-mounted solar energy infrastructure and conserving our nation’s most productive farmland. To navigate this challenge, AFT is developing an agriculture “Smart Solar Siting” approach that seeks a dynamic and innovative middle ground.

With this thoughtful strategy:

Although our involvement in this space is relatively new, we’re already recognized as thought-leaders and experts in the field, both regionally and nationally. Just last week, Samantha Levy—AFT’s Climate Policy Manager—was quoted in a New York Times article about solar energy, sharing a vision for thoughtful solar development.

Beyond our work on siting traditional solar arrays, AFT is also helping lead the way in advancing agrivoltaics, or dual-use solar. At its core, agrivoltaics enables agricultural and energy production on the same piece of land. By raising solar panels higher off the ground and spacing them further apart than in traditional arrays, agrivoltaic systems allow more sunlight to reach the ground. Farmers can then grow certain crops or raise livestock under the panels, as well as maneuver tractors and other equipment. Different from simple co-location, agrivoltaic systems are designed to enable farming activity throughout the life of the solar facility in a manner that is consistent with the productive capacity of the land. To be sure, these systems are more expensive to install than traditional arrays, but where incentives and other mechanisms are present to drive this approach, a win-win situation can emerge for clean energy, rural communities, and agriculture.

In addition to efficiently producing clean energy, agrivoltaics can offer important economic opportunities for farmers through the combination of solar lease payments and continued agricultural production.

AFT is at the forefront of efforts to study and evaluate the efficacy of this approach—and for good reason. Recently, AFT’s Brooks Lamb co-authored a report on agrivoltaics, published by the Center for Business and the Environment at Yale. Lamb and his co-author, Bill Pedersen, explored the many benefits of this system. In addition to efficiently producing clean energy, agrivoltaics can offer important economic opportunities for farmers through the combination of solar lease payments and continued agricultural production. This consistent, reliable, diversified income could be a saving grace for many farmers, especially small and mid-sized farmers who often struggle with cash flow. Additional benefits—for communities, for wildlife, for farmland conservation, and even for increased agricultural production of certain crops, grasses, and livestock—are possible, too. Looking forward, the report also shares advice for local communities who want to encourage agrivoltaics adoption and suggests further studies that could propel this practice.

Interest in this innovative system—which has roots in some of the same dual-use philosophies as agroforestry—is also growing outside of AFT. Across the country, clean energy associations, farm advocates, solar developers, and researchers are partnering with farmers and communities to explore applications for dual use and novel agrivoltaic systems. The Associated Press recently dedicated an entire article to agrivoltaics, and this piece was picked up by both local papers and national media. To further understand the burgeoning interest in this system, just type “agrivoltaics” into your favorite online search engine. In a second or less, you’ll see a bevy of recent results.

Through smart solar siting, applied research, and policy innovation in support of agrivoltaics, American Farmland Trust is meeting the challenges—and opportunities—of clean energy production and farmland conservation head-on. Our work seeks to serve people, places, and the planet, securing a bright and productive future for farming and the world.